Las Vegas is known as the Wedding Capital of the world thanks to its cheap wedding costs, ease of acquiring a marriage license, and world-class entertainment. Fortunately, the free-spirited wedding destination ended the legal fight for gay marriage and has been handing out marriage licenses to same-sex couples for over four years. To fully understand how this came about, here’s a quick look at the recent history of same-sex marriage in the United States.

History of Same-Sex Marriage in the United States

In 1970, the first same-sex couple applied for a marriage license in Minnesota. Unfortunately, their case was denied and sent to the state Supreme Court. Three years later, Maryland became the first state to ban same-sex marriage. In 1987, the first mass same-sex wedding ceremony took place on the National Mall.

The History of Same-Sex Marriage in Las Vegas

Even when Nevada banned same-sex marriage in 2002, Las Vegas still courted the LGBT market with gay-friendly venues and same-sex commitment ceremonies in lieu of licensed weddings. Fortunately, same-sex marriage was legally recognized in Nevada on October 9, 2014, when the 9th Circuit Court of Appeals declared that its ruling allowing same-sex marriage in Nevada was “in full force and effect,” allowing couples across the state to wed whomever they choose.

State Seneator Kelvin Atkinson and his partner of six-and-a-half year were the first couple to marry in Las Vegas.

How to get a Marriage License for Your Gay Wedding

A Marriage License is one thing you must have before you can get married in Vegas. Luckily, this happens to be easy to obtain in Las Vegas. To get a marriage license, you and your partner will need to provide valid identification that shows your full name and birth date. Acceptable forms include:

Whether you’re gay or straight, planning a wedding can be overwhelming. To help you get started, here are some ways to make it a bit less stressful.

There’s no shortage of LGBTQ friendly locations and wedding venues in Las Vegas. Since gay marriage was legalized in Nevada, most wedding chapels in Vegas have created LGBTQ-friendly packages. With so many locations available for holding a gay wedding in Las Vegas, narrow them down touring your favorite ones.

Las Vegas is home of a plethora of conventions and special events. With that said, do your research so your wedding day doesn’t correspond with the same weekend of a comic book convention or award show.

It’s important to note that many Las Vegas wedding chapels also offer pretend weddings, which are also calleda commitment ceremony or fake wedding. Pretend ceremonies are performed with many similarities to an actual Vegas wedding but without the legal complexities or legalities.

How to Celebrate Your Gay Wedding in Las Vegas

If you love the lights and ambiance of Las Vegas, you can’t miss out on visiting the “Welcome to Fabulous Las Vegas Sign.” The world-famous sign, located directly on the Las Vegas Strip, has become one of the most sought-after places to get married in Las Vegas. Not only is it a cheap wedding activity, but it’s a favorite among the couples we work with.

Show off Your LGBTQ Pride

Las Vegas is booming with LGBTQ pride events. If you’re wanting to show off your Pride, visit the Annual PRIDE Night Parade. The gay, lesbian, bisexual, and transgender community of Southern Nevada, along with allies, come together to support and promote activities that further human rights.

After tying the knot on the Strip, your stomach is sure to be rumbling. Head to Mandalay Bay’s House of Blues, Cabo Wabo Cantina, or the Excalibur’s Tournament of Kings, just to name a few.

Our Commitment to Gay Weddings

We have always focused on making sure our couples feel comfortable and welcome to Las Vegas. In fact, The Little Vegas Chapel was performing LGBTQ commitment ceremonies since opening their doors, well before they were recognized as legally binding in Nevada.

We understand how monumental a couple’s wedding day can be, and we are honored to be part of it. The LGBTQ community and The Little Vegas Chapel work hand-in-hand to provide a welcoming environment for all of our guests. If you want to plan the perfect LGBTQ wedding in Vegas, The Little Vegas Chapel offers several cheap wedding packages and destinations to ensure your special day will be one of the best days of your life!

PrevPreviousHow Old Do You Have To Be To Get Married In Vegas?
NextLittle Vegas Chapel Featured in The Knot MagazineNext 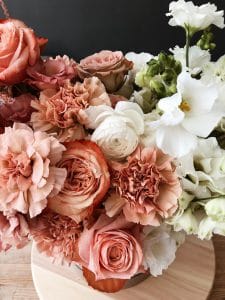